Fred. Olsen Cruise Lines and the Royal National Lifeboat Institution (RNLI) have unveiled a new joint promotional video, highlighting the two organisations’ long-standing partnership of nearly 50 years, and raising awareness of the vital work that the charity does. It also recognises the important role that Fred. Olsen’s guests play in helping the charity’s volunteers to save lives at sea.

The new promotional film – which was given its première during a visit by the Liverpool Branch of the RNLI to Fred. Olsen’s cruise ship, Boudicca, in Liverpool on Monday 28th August 2017 – showcases the charitable fundraising that takes place across the Fred. Olsen fleet of smaller, more intimate cruise ships, Balmoral, Braemar, Boudicca and Black Watch. It also focusses upon the latest of the four RNLI lifeboats to be funded through the generous donations of Fred. Olsen’s guests: Spirit of Fred. Olsen, launched in Kyle of Lochalsh, in the Highlands of Scotland, in April 2012.

Fred. Olsen is the RNLI’s longest-running corporate partner, having been associated with the charity since the 1960s, and in 2010 received a ‘Lifetime Achievement Award’ from the RNLI’s President, H.R.H. the Duke of Kent, in recognition of its ongoing commitment to the charity.

“The long-standing association between Fred. Olsen Cruise Lines and the RNLI is one of which we are immensely proud. This new film serves to show the enthusiasm of our guests and the passion of our onboard staff in their fundraising activities for the RNLI across our fleet, and we are delighted to have made such an important difference to this seafaring charity over the years.”

“A large number of our guests are members of the RNLI already, and we look forward to welcoming many more of them on board our ships in the future.”

During the course of this highly-successful partnership, Fred. Olsen’s guests have funded four inshore lifeboats, three mobile training units, three seminar rooms at The Lifeboat College in Poole in Dorset, and the development and funding of three DODO (drive-on, drive-off) lifeboat launching trolleys.

More recently, Fred. Olsen has supported the provision of crew member training, which is one of the charity’s priorities, as well as purchasing crew kit for RNLI stations around the UK, close to the regional ports from which it sails: Largs, Kyle of Lochalsh, Harwich, Gravesend, Bangor, New Brighton, Queensferry, and Tynemouth.

“The vast majority of our crew are volunteers, and training and equipment doesn’t come cheap, whilst being essential to each launch and for rescuing people. We would like to thank Fred. Olsen for their ongoing support and, in particular, for the essential crew kit and training.”

You can view the new video online at http://www.fredolsencruises.com/rnli

For further information on Fred. Olsen Cruise Lines, visit the website at www.fredolsencruises.com. To find out more about the RNLI, go to www.rnli.org.uk

Generous staff at Ipswich-based Fred. Olsen have chosen the three local charities that they will support over the next 12 months: Ipswich Hospital Baby Bereavement Group, Cystic Fibrosis Trust and Suffolk MIND. 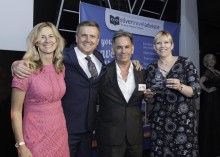 ​Fred. Olsen Cruise Lines is proud to be voted ‘Best Ocean Cruise Line’ – for the second year in a row – in the prestigious ‘2017 Silver Travel Awards’, held at world-famous Madame Tussauds, London on the evening of 8th June 2017. 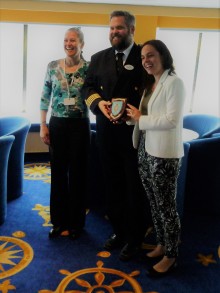 Fred. Olsen Cruise Lines was delighted to welcome Kate Forbes MSP and a delegation from Fort William Marina & Shoreline Company and local media on a VIP visit to its 804-guest ship, 'Black Watch', in Fort William on Friday 18th August 2017, as part of the Scotland's Towns Partnership 'MSP Towns Connector Programme', during the ship’s seven-night ‘Lochs of Scotland’ itinerary. 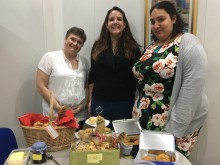 Fred. Olsen Cruise Lines and Fred. Olsen Ltd. raised £300 in an office ‘Dress Down Day and Bake Off’

Fred. Olsen Cruise Lines and Fred. Olsen Ltd. raised £300 in an office ‘Dress Down Day and Bake Off’ 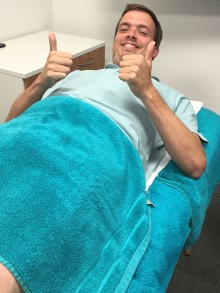 Fred. Olsen Cruise Lines’ employee Jody Sparrow had a painful start to his working week on Monday [11th September 2017], when he endured a leg wax in the Ipswich Head Office on White House Road, Ipswich, to boost funds for Cancer Research UK.