Fred. Olsen Cruise Lines is proud to be voted ‘Best Ocean Cruise Line’ – for the second year in a row – in the prestigious ‘2017 Silver Travel Awards’, held at world-famous Madame Tussauds, London on the evening of 8th June 2017.

"What a tremendous honour, and we would like to thank all those who took the time to vote for us! We are once again delighted to win this important accolade, and it is always rewarding to learn just how many ‘silver travellers’ enjoy cruising with us.

“We have worked with Silver Travel Advisor for a number of years now, and we are committed to ensuring that we cater to the needs of over-50s guests on our innovative, destination-led cruise holidays. We take time to understand what they would like to experience with us – from convenient regional departures, to exciting and adventurous shore excursions for all appetites and abilities – and it is our aim to make it as easy as possible for our guests to get the most out of a Fred. Olsen cruise!"

“We’re delighted to see Fred. Olsen win the coveted Best Ocean Cruise Line trophy for the second year running in the Silver Travel Awards. With a record 55,000 votes cast by members of the public in the Awards, this is a well-deserved result for a company that really understands today's silver traveller.”

Silver Travel Advisor is an independent travel reviews, information and advice website, especially for mature travellers aged 50 and over.

Fred. Olsen has also been crowned ‘Best Cruise Line Operator for Groups’by readers of Group Travel Organiser magazine in the very same week! Fred. Olsen was chosen as the category winner in the ‘2017 Group Travel Awards’, for an unprecedented seventh consecutive year, at a glittering awards ceremony held in London on 2nd June 2017.

For further information on Fred. Olsen Cruise Lines, visit the website at www.fredolsencruises.com To find out more about Silver Travel Advisor, go to www.silvertraveladvisor.com 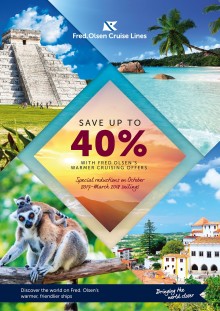 Save up to 40% with Fred. Olsen’s new ‘Warmer Cruising’ offers

Fred. Olsen Cruise Lines will be launching its new ‘Warmer Cruising’ campaign on 16th August 2017, offering guests up to 40% off a selection of 32 tempting cruises between October 2017 and March 2018, on bookings made up to 18th October 2017 inclusive.

Fred. Olsen Cruise Lines and the Royal National Lifeboat Institution (RNLI) have unveiled a new joint promotional video, highlighting the two organisations’ long-standing partnership of nearly 50 years, and raising awareness of the vital work that the charity does. It also recognises the important role that Fred. Olsen’s guests play in helping the charity’s volunteers to save lives at sea.

Fred. Olsen Cruise Lines has once again been crowned ‘Best Cruise Line for Groups’ by readers of leading travel title, Group Leisure & Travel magazine, for a record seventh time! This prestigious award recognises the very best groups cruise experience, from the initial booking process to onboard facilities, and the quality of excursions on offer.

Fred. Olsen Cruise Lines will be launching a ‘Free All-Inclusive for 2018’ promotion on all new bookings made between 6th September and 18th October 2017 inclusive, on 50 selected sailings in 2018. 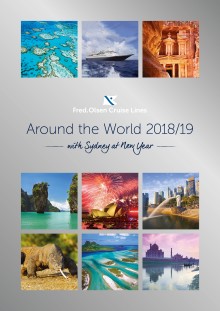 Light up the skies on a Fred. Olsen Cruise Lines ‘Around the World’ sailing in 2018/19!

Guests have a once-in-a-lifetime chance to celebrate the New Year in style on a Fred. Olsen Cruise Lines ‘Around the World’ sailing in 2018/19. Fred. Olsen ‘Around the World 2018/19 with Sydney at New Year’ brochure, launched this week, showcases Black Watch’s most impressive cruise – a 107-night global exploration departing from Southampton in November 2018. 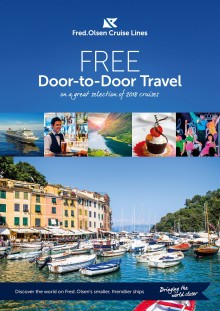 ‘The World at your doorstep’ with Fred. Olsen’s free door-to-door cruise transfers in 2018

Fred. Olsen Cruise Lines is offering guests free door-to-door transfers on a tempting selection of cruises in 2018, to be booked between 12th July and 15th August 2017 inclusive, in its new ‘The World at your doorstep’ promotion. 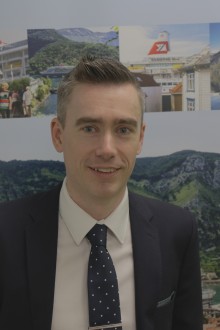 Fred. Olsen Cruise Lines is pleased to announce the appointment of Mathew Foxcroft as its new Field Sales Manager. Mathew has been promoted from his previous role as Account Manager, and will be responsible for managing Fred. Olsen’s Field Sales team of Account Managers, whilst continuing to work with selected travel agents. 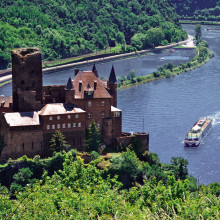 Take a European river cruise with Fred. Olsen – and enjoy your choice of free benefits!

To hail the start of its first ever European river cruise season, Fred. Olsen Cruise Lines has launched one of its most exciting sale offers to date.