Do you work in the press or media?

The information on this page is intended for journalists, press and media. Click YES to get to the newsroom. If you click NO you will come back to Mynewsdesk.com.

Situated at the head of the Gulf of Finland on the Baltic Sea, St. Petersburg is known for being the ‘young city’ of Russia, having been founded in the early 18 th century by Tsar Peter the Great. Despite being described as Russia’s most Western city, St. Petersburg is packed with stunning museums and monuments that epitomise the very best of Russian culture and architecture.

The Hermitage contains Russia’s single largest collection of art with almost 3 million artefacts that have been carefully amassed since the museum was first founded in 1764 by Catherine II. By taking one of the  shore tours available on our Baltic cruises, you’ll have the chance to witness one of the most enchanting museums in the world, with an almost unrivalled collection of outstanding works from historical greats such as Leonardo da Vinci and Rafael. 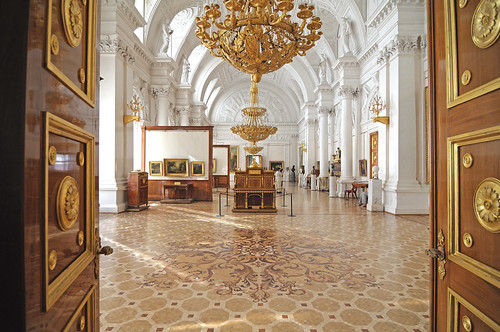 With over 66 rivers and canals, and an impressive 365 bridges, it’s no surprise that St. Petersburg has built a reputation for being the ‘Venice of the North’. The city’s main waterway, the River Neva, trickles through to the heart of the city, making it the perfect passage to soak up some of St. Petersburg’s best highlights. Enjoy a glass of champagne as you float past Peter the Great’s infamous Summer Gardens, or take an evening tour past the stunning multi-coloured Spilled Blood Church as the moon illuminates its glare across the shimmering waters below. 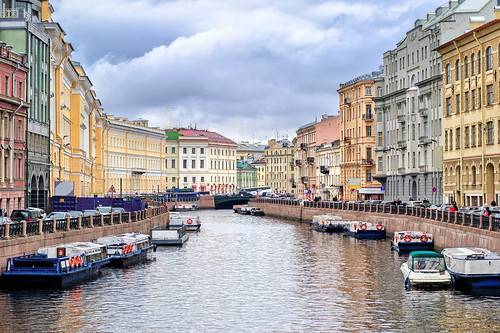 One of our cruises to St. Petersburg wouldn’t be complete without visiting the charming  Catherine Palace. Draped in blue and gold, the luxurious palace stands over a web of beautiful parks and quaint guest houses that are kept in pristine condition for the flocks of tourists who clamour to its grounds to witness the pleasures that Russian royalty once enjoyed. 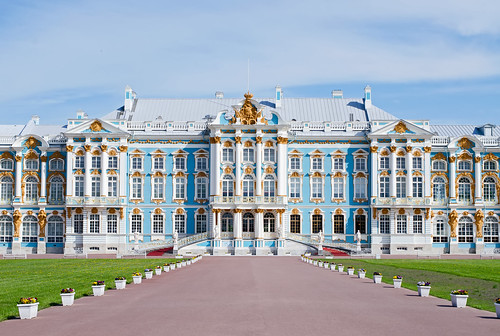 For a snapshot into St. Petersburg’s cultural vibrancy, look no further than the beating heart of the city on the street of Nevsky Prospekt. Packed full of shops selling traditional Russian produce, to high-end fashion labels, Nevsky Prospekt is a tourist hub that caters for the needs of every type of visitor. Restaurants, clubs and hotels are in abundance and back against the backdrop of the Kazan Cathedral and Church of Spilled Blood that bring classical balance to the modernised area. 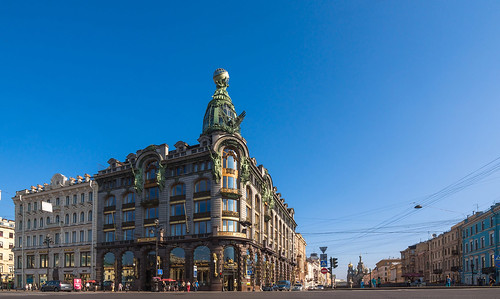 If you’re planning to embark on one of our Baltic cruises, then don’t miss the chance to visit    St Peter and St Paul Fortress that has stood as a focal attraction of the city since it’s 21 year construction was finished in 1733. Built by Peter the Great, the fortress has a rich history, having seen scores of famous national writers and revolutionaries being kept in the prison cells during the tsarist rule. 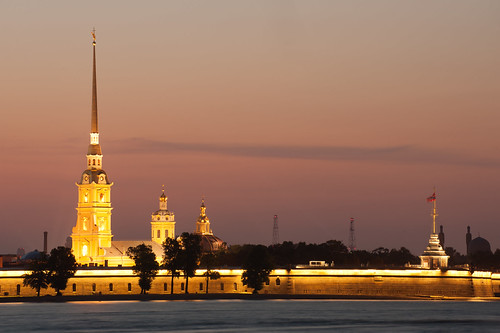 The above is just a small look into what  cruises to St. Petersburg can offer! Check back soon for part two, where we take a look at some other amazing highlights from this dynamic and culturally rich destination.

Welcome to part two of St. Petersburg highlights – it turns out there were too many to fit into one article! Without further ado, let’s carry on and see what else this wonderful city has to offer visitors.

Fred. Olsen Cruise Lines has defined and redefined the cruise experience, and judging by the number of passengers that come back time and again, we seem to have styled it to perfection

The company originated in Hvitsten, a small town on Oslofjord in Norway, in 1848 when three Olsen brothers – Fredrik Christian, Petter and Andreas – bought their first ships and began an international shipping company.

Now into the fifth generation of the family, they operate companies skilled in various aspects of the cruise and passenger shipping trade as well as aviation, ships’ crewing, shipbuilding and offshore industries.
Aside from the transportation industries, the Fred. Olsen group also has interests in the luxury hotel sector, estate management, property development, and electronics companies.

Offices for the company are spread throughout the world, although the company headquarters remain firmly in the family’s hands in Oslo and Tenerife. Fred. Olsen Cruise Lines is based in Ipswich in Suffolk.