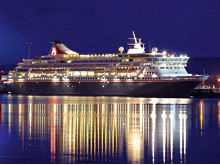 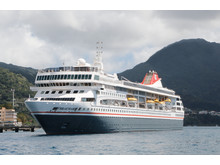 Fred. Olsen Cruise Lines is named one of the Top 3 cruise lines in the UK and a ‘Recommended Provider’ in first-ever Which? cruise survey

Fred. Olsen Cruise Lines has been named one of Which?'s Top 3 cruise lines in the UK and a ‘Recommended Provider’ in its first-ever cruise survey. The influential independent consumer body conducted an online poll of 1,327 Which?members in April 2014, and Fred. Olsen was voted joint second out of the 14 cruise companies rated, receiving a customer satisfaction score of 85% out of 100%.