Staff at Fred. Olsen Cruise Lines have celebrated the end of a successful 2018, which has seen the company boast bumper sales, scoop a host of awards and launch its first-ever dedicated river cruise ship.

Staff came together at Fred. Olsen’s Head Office, Fred. Olsen House, in Ipswich, Suffolk, to raise a glass to a number of successful campaigns in 2018. This year also saw the most successful Monday in the cruise line’s history on 19th November 2018, when total sales reached nearly £1.6million.

2018 closed on a high, with Fred. Olsen stealing the coveted titles of ‘Best Itineraries’ and ‘Best Shore Excursions’ in Cruise Critic’s ‘UK Editors’ Picks Awards 2018’ in December. Other successes for Fred. Olsen over the past 12 months have included ‘Best for Solo Travellers’ at the ‘Wave Awards 2018’ in February and ‘Best Ocean Cruise Line’ at the ‘Silver Travel Awards 2018’ in July. 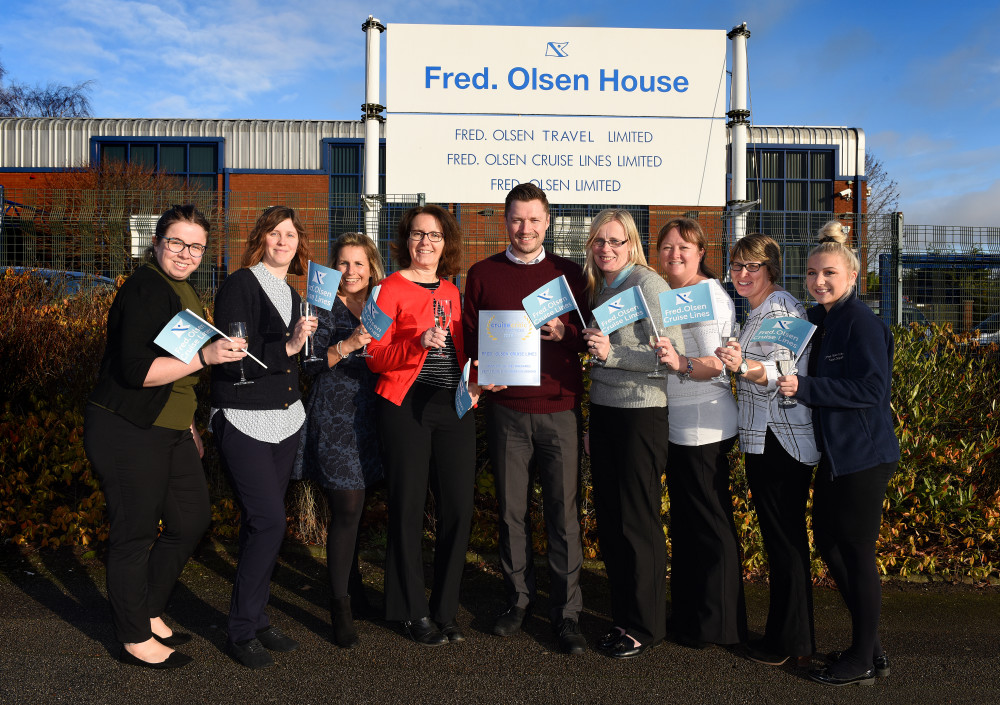 These significant industry accolades proved the perfect way to mark two major milestones for Fred. Olsen in 2018: its 30th anniversary in its hometown of Ipswich and its 170th year in shipping.

It was the latter of these two anniversaries that inspired the historic coming together of Fred. Olsen’s ocean fleet – Balmoral, Braemar, Boudicca and Black Watch – as they united for only the second time in the cruise line’s history, at its ‘Captains in Cádiz’ celebrations. More than 4,000 guests took to part in this exciting event at the Port of Cádiz, in the Spanish region of Andalusia, for a day of fiesta festivities. Generous guests raised almost £11,000 for the RNLI, Fred. Olsen’s main corporate charity, in a just a matter of hours, with fun fairground games along the quayside.

Meanwhile, 2018 saw the announcement of the departures of two Fred. Olsen stalwarts next year, with the retirement of Mike Evans, Head of Sales, in April, and Mike Rodwell, Managing Director, in August. Between them, they will have dedicated almost 60 years’ service to Fred. Olsen.

2018 was also a milestone year for Fred. Olsen, as it launched its first dedicated river cruise ship, 156-guest Brabant, serving the Rhine, Main, Moselle and Danube rivers across Europe.

“2018 has been a year of many triumphs for Fred. Olsen Cruise Lines. For the first time ever, we are able to offer our guests holidays along some of Europe’s finest rivers, as well as the world’s most impressive oceans, and we have witnessed the spectacle of our magnificent fleet docked side-by-side at our historic ‘Captains in Cádiz’ event.

“The number of awards that we have won this year is a true testament to the dedication and hard work that all of our staff – both here onshore and across our fleet – invest into creating unique and exciting holidays for our guests.

“We have an awful lot to be proud of, and I can’t think of a better way to see out my final year as Managing Director, after an incredible three decades with Fred. Olsen!” 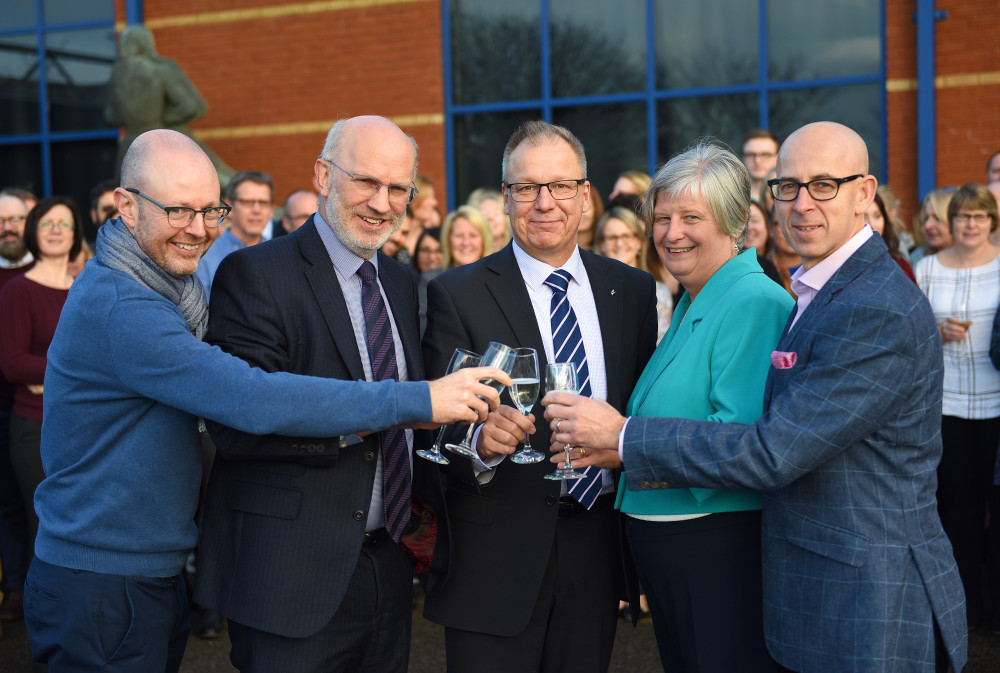 The addition of Brabant, along with continuous development of its itineraries and the completion of its extensive multi-million-Pound refurbishment across it ocean fleet, have proved fruitful for Fred. Olsen, with guest numbers up by more than 10% on 2017.

The number of guests who have taken advantage of Fred. Olsen’s huge ‘Cruise Sale’, launched on 5th December 2018, is also up by 25% year-on-year, and Brabant sailings are already over 40% sold for 2019.

It was also an award-winning year for two talented Fred. Olsen staff, with Martin Lister, Head of Itinerary Planning & Destination Experience, winning ‘CruiseCopenhagen’s Ambassador Award 2018’, in recognition of ‘his commitment to promoting Denmark as a cruise destination and for creating itineraries that visit Danish ports exclusively’.

The next 12 months are set to be just as exciting for Fred. Olsen. Its fleet of four smaller, more intimately-sized ocean ships will be visiting no fewer than 219 destinations in 75 countries around the globe, covering 79 areas of scenic cruising, and its eagerly-anticipated new 2020/21 cruise programme will be launched in March 2019.

Fred. Olsen’s exotic fly-cruise offering has gone from strength to strength. Notably, in 2019, holidaymakers to the Caribbean will be able to visit La Romana in the Dominican Republic with Fred. Olsen for the first time. Those looking to make a little more out of their holiday will also be able to ‘give something’ back to communities in Dominica and St Lucia with the cruise line’s new ‘voluntourism’ experiences.

In May 2019, Braemar is also set to break a world record, when the 196-metre-long ship will become the largest ever to travel through the size-restricted Corinth Canal, in Greece.

Fred. Olsen will also be naming its fifth guest-funded RNLI lifeboat in January 2019, at its Ipswich Head Office – the first time that the RNLI has ever held such a ceremony at the premises of a corporate partner. Fred. Olsen guests raised an impressive £170,000 in the company’s 170th anniversary year to purchase the Atlantic 85 Rigid Inflatable Boat (‘RIB’), which has been named ‘Pride of Fred. Olsen’. It will be based in Poole, Dorset, as part of the RNLI’s relief lifeboat fleet, and will be deployed around the UK and Ireland.

Replacements for Fred. Olsen’s Managing Director and Head of Sales roles are currently being sought and will be confirmed in 2019.