Today [Tuesday 22nd January 2019], Fred. Olsen Cruise Lines celebrated its long-standing relationship with the Royal National Lifeboat Institution ('RNLI'), with the official Naming Ceremony and Service of Dedication of the fifth RNLI lifeboat – B-913 Pride of Fred. Olsen – to be funded by generous guests across the Fred. Olsen fleet.

The Ceremony and Dedication of B-913 Pride of Fred. Olsen took place at Fred. Olsen Cruise Lines’ Head Office, Fred. Olsen House, in Ipswich, Suffolk, and is the first time that the RNLI has named one of its lifeboats at the premises of a corporate partner.

The event was attended by a variety of VIP guests from Fred. Olsen and the RNLI, including: the Mayor of Ipswich, Councillor Jane Riley; Terry Hunt, Deputy Lieutenant of Suffolk; Rear Admiral Roger Lockwood, Chair of the RNLI Scottish Council; crew members from Harwich, Clacton and Aldeburgh Lifeboat Stations; and senior executives from the two organisations. 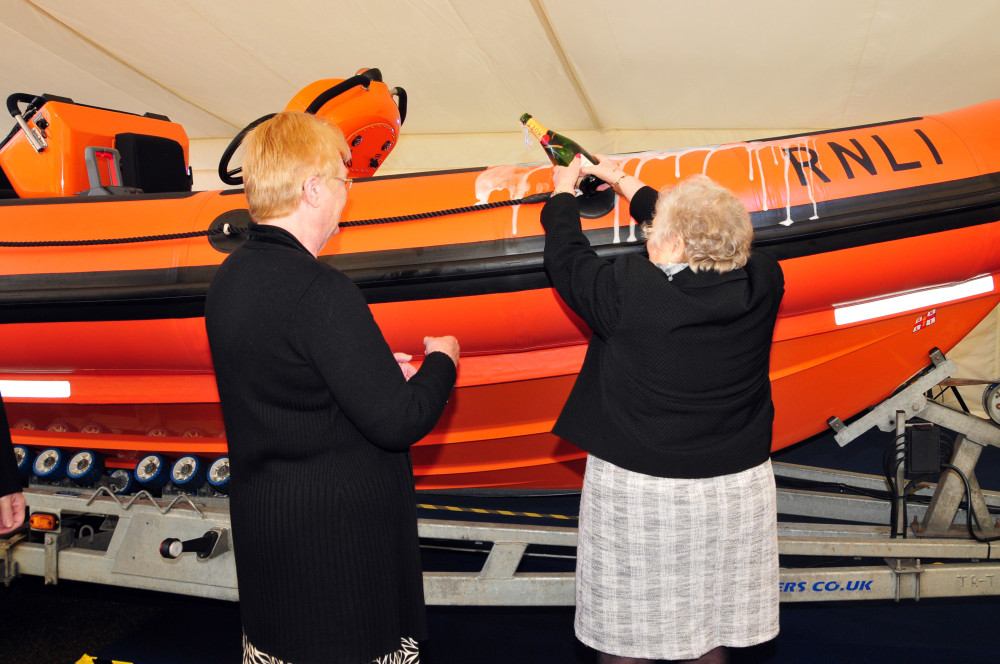 The Service of Dedication was conducted by Reverend Andrew Dotchin, Honorary Chaplain of The Mission to Seafarers – a crew welfare charity that Fred. Olsen also supports – and Vicar of Felixstowe Town and Rural Dean of The Colneys, assisted by Reverend Jutta Brück, Priest-in-Charge at St Thomas, Ipswich.

The name Pride of Fred. Olsen was chosen for the new lifeboat by Fred. Olsen guests, Margaret Whittington, Peter Ruck and Joan Hutchings, in a competition held across the Fred. Olsen fleet at the end of 2018. Margaret, Peter and Joan were proud to be ‘Guests of Honour’ at the Ceremony and officially name the lifeboat.

Ipswich Hospital Community Choir made a guest appearance at the event, performing their specially-commissioned song in honour of Pride of Fred. Olsen, ‘Take Pride’, composed by choir leader, Alex Howell.

Pride of Fred. Olsen – a new Atlantic 85 Rigid Inflatable Boat (‘RIB’), capable of up to 35 Knots – was built at the RNLI’s inshore lifeboat production facility on the Isle of Wight. Carrying four crew members, it will be based in Poole, Dorset, as part of the RNLI’s relief fleet around the UK and Ireland.

“At Fred. Olsen Cruise Lines, we are all extremely proud of our long and successful relationship with the RNLI, and we have been ‘saving lives at sea together’ for over 50 years, since 1968.

“We derive our livelihoods from the sea, so to be able to support a charity that provides such a vital service in our working environment means a lot to us.

“As we gift Pride of Fred. Olsen to the RNLI, we pay tribute to the tremendous generosity and enthusiasm of our guests towards the RNLI and all that their brave crews do to keep us safe at sea.” 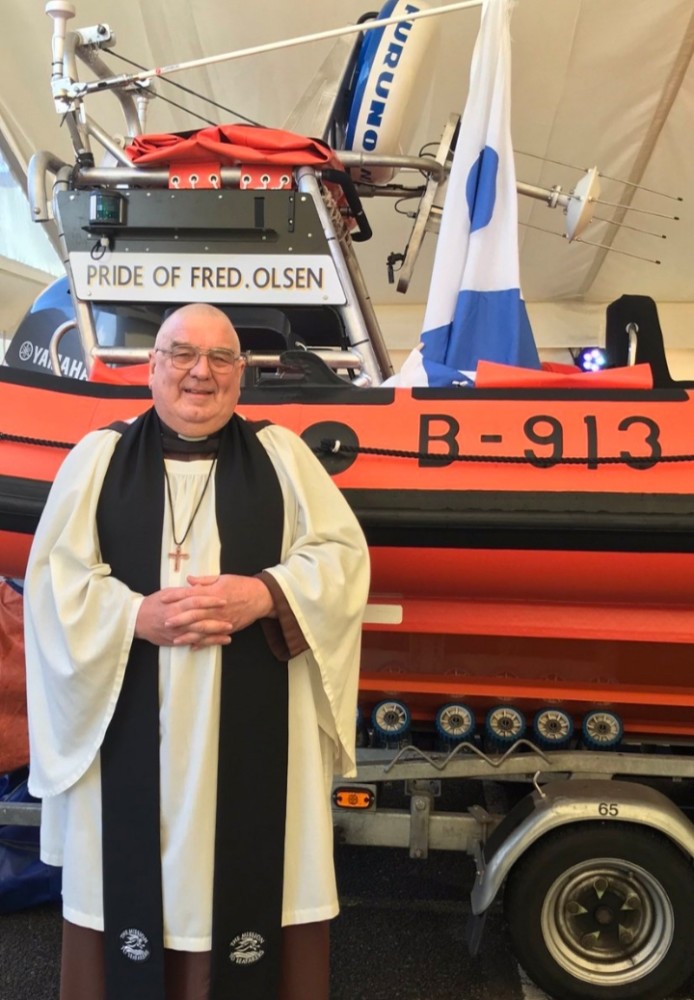 “We’re so grateful for the continued support of Fred. Olsen and their guests. As a charity, the RNLI relies on the generosity of its supporters.

“Relief lifeboats such as the Pride of Fred. Olsen are vital for us to ensure that we have the right assets at stations when a lifeboat goes away for maintenance. This new lifeboat will help us to continue to save lives at sea and will help us ensure that our lifesavers have the equipment they need to help those in difficulty, as they have done since 1824.”

Throughout 2018, Fred. Olsen’s guests raised £170,000 towards the new lifeboat across its fleet of four ocean ships – Balmoral, Braemar, Boudicca and Black Watch – and river cruise vessel, Brabant, which coincided with the commemoration of Fred. Olsen’s 170th anniversary in shipping.

2018 also saw Fred. Olsen and the RNLI celebrate 50 years of a successful and mutually-beneficial partnership together.

During its long-running links with the RNLI, Fred. Olsen guests have funded a total of five lifeboats –the fourth being Spirit of Fred. Olsen, based at Kyle of Lochalsh in the Scottish Highlands since 2012 – along with three mobile training units, three seminar rooms at The Lifeboat College in Poole, and the development and funding of three lifeboat-launching trolleys, as well as crew member training and crew equipment.

In May 2010, Fred. Olsen was presented with an RNLI ‘Lifetime Achievement Award’ by Royal Patron H.R.H. Prince Michael of Kent in recognition of its ongoing commitment, as the charity’s longest-standing corporate partner.

The RNLI is the charity saves lives at sea. Its volunteers provide a 24-hour search and rescue service around the United Kingdom and Republic of Ireland coasts. The RNLI operates over 238 lifeboat stations in the UK and Ireland and more than 240 lifeguard units on beaches around the UK and Channel Islands. The RNLI is independent of Coastguard and government and depends on voluntary donations and legacies to maintain its rescue service. Since the RNLI was founded in 1824 its lifeboat crews and lifeguards have saved over 142,200 lives.

For further information on Fred. Olsen Cruise Lines, visit the website at www.fredolsencruises.com To find out more about the RNLI, visit https://rnli.org