Fred. Olsen Cruise Lines will be launching its innovative ‘Fred.’s Enjoyment Promise’ on 2nd  December 2013 – the biggest initiative of its kind ever to take place in the UK to encourage people to try cruising, as part of its wider ‘Turn of Year’ Cruise Sale campaign. Under the new promise, people who have never cruised with Fred. Olsen before will be able to try a Fred. Olsen cruise, and if they do not enjoy it, Fred. Olsen will fly them home and refund their cruise fare*. The new promise is valid for bookings made between 2nd December 2013 and 28th February 2014 only, for departures of more than 14 weeks ahead, and does not apply to cruises of six nights or less, or with a duration greater than 35 nights.

If guests find that a Fred. Olsen cruise is not for them within 48 hours of stepping on board the ship, they just need to let Guest Relations know on board and Fred. Olsen promises to arrange and pay for their flight back to the UK and repay the cost of their cruise. Furthermore, to encourage new people to book by 28th February 2014, Fred. Olsen is offering 10% off its great-value brochure fares as well.

“According to research by Mintel last year**, 14% of adults in the UK had been on a cruise, with 24% considering taking one. So, if there are more people considering cruising – over 12 million adults – than have actually been on one, why are they not cruising? Typically, the common barriers or misconceptions for the 'yet to cruise' are the fear of seasickness, that cruise ships are cramped, the high cost of drinks on board and inflexible dress codes.

“At Fred. Olsen, we know that more than 50% of our guests return to our ships time after time – which we believe is one of the highest repeat rates of any hotel, tour operator or cruise line – so we need to get more people on board to show them that these barriers are not real. ‘Fred.’s Enjoyment Promise’ demonstrates the confidence that we have in our cruise holiday offering, and we hope that this confidence will encourage the millions of holiday-makers in the UK to give cruising a try with Fred. Olsen for the first time.

“We know that the chances are that they will fall in love with the destinations that we get closer to, the friendliness, great value and warm welcome that we provide on board. But if they don’t, we promise to drop them off at the next port, fly them back to the UK and give them 100% of their cruise fare back.”

Fred. Olsen’s confidence in its service was backed up in Which?’s 2013 Holiday Survey, in which it was rated the second-highest cruise line in the UK, with a score of 86%. Fred. Olsen has also received over 5,600 genuine, independent guest reviews via leading consumer website Feefo, of which 95% have rated the cruise line 'Excellent' or 'Good'.

Fred. Olsen is making a seven-figure investment in marketing to support its 'Enjoyment Promise', with TV, radio, national and regional press campaigns, shows and exhibitions all being featured. Fred. Olsen is also producing a new brochure targeted specifically at the 'yet to cruise' market, which is being called 'All-Inclusive Holidays'. The brochure has simple, all-inclusive pricing, based on one cabin type, and tackles some of the challenges head on, and uses more familiar mainstream cruise vocabulary, such as 'Ocean View Room', rather than 'Outside Cabin'.

From Balmoral to ‘New Scotland’ on Fred. Olsen Cruise Lines’ voyage to Canada and US in 2014

For guests with the time and curiosity to explore a bit further afield, Fred. Olsen Cruise Lines’ 32-night ‘Canadian Fall with New York & Boston’ cruise (L1413) in autumn 2014 is an absolute ‘must’! Setting sail on Balmoral from Southampton on 1st September 2014, this longer cruise is perfectly timed to coincide with the best of the glorious ‘Fall’ colours on the other side of the Atlantic, and.. 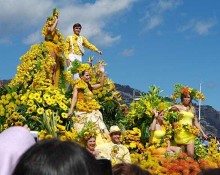 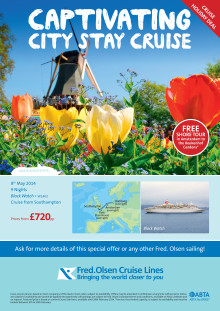 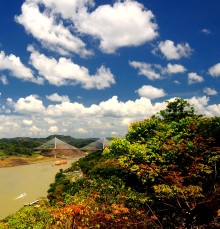 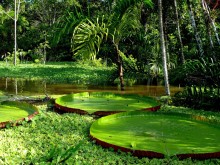 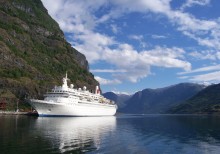 Cruise ‘from right on your doorstep’ in 2014 with Fred. Olsen’s Boudicca from Bristol (Avonmouth) 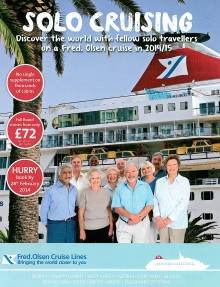 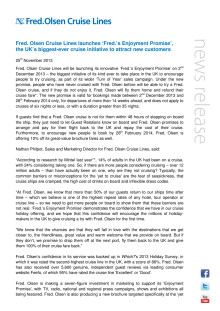