Fred. Olsen Cruise Lines was proud to win the ‘PR Campaign of the Year’ award at the inaugural ‘TravMedia Awards 2020’ in London on the evening of 10th March 2020, for its historic 'D-Day 75 Voyage of Remembrance' with The Royal British Legion in June 2019, on board 'Boudicca'.

The 'TravMedia Awards' are owned and run by TravMedia UK, the company operating TravMedia.com in the UK and Ireland. TravMedia is a global social network connecting the travel industry with the media and connects PR professionals from over 3,000 tourism and travel brands with over 25,000 journalists and influencers worldwide.

Fred. Olsen’s Boudicca – resplendent in The Royal British Legion’s recognisable red poppy décor – set sail from Dover on 2nd June 2019, taking 250 D-Day veterans, their families and carers to Dunkirk, Poole, Portsmouth and Le Havre, where they attended a series of commemorative events to mark the 75th anniversary of the Normandy Landings on 6th June 1944.

“Our congratulations to all the inaugural winners on this fantastic first running of the Awards. That was quite a night! Deserved praise to all the great media, PR and influencer winners, and thanks to our great sponsors and judges.”

"This important recognition by TravMedia is testament to all the hard work and dedication of the various Fred. Olsen teams - both ashore and aboard - involved in this unforgettable Voyage to the Normandy beaches. We were immensely proud to be able to pay tribute to the 250 brave and selfless D-Day veterans, along with their families and carers, and this was one of the most momentous moments in Fred. Olsen's long and illustrious history."

Suffolk-based travel specialists, Arena Travel, partnered with The Royal British Legion on the 'D-Day 75 Voyage or Remembrance'. Arena contacted fellow Suffolk company, Fred. Olsen Cruise Lines, about the feasibility of chartering one of its vessels in order to accommodate the large number of veterans needing to be transported and the high costs and lack of availability of hotels in and around Normandy.

“D-Day 75 was a momentous occasion and the Royal British Legion is proud to have put the veterans at the heart of everything we did. The events they took part in allowed the whole world to pay tribute to their bravery and sacrifice.

"We would like to thank Fred. Olsen and all our partners who helped take the veterans back to Normandy, on what was a historic and deeply moving voyage.”

The Royal British Legion’s 'D-Day 75 Voyage of Remembrance' was offered free of charge to D-Day veterans and their companions, funded by the UK Government’s LIBOR grant, in conjunction with the Ministry of Defence.

To find out more about The Royal British Legion, go to https://www.britishlegion.org.uk/ 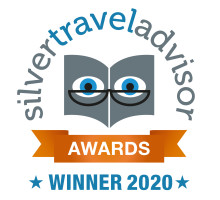 Fred. Olsen Cruise Lines has been crowned ‘Best Ocean Cruise Line’ at the Silver Travel Awards 2020 – for a record five years in a row!