Staff at Fred. Olsen Cruise Lines and Fred. Olsen Limited in Ipswich raised over £280 for Alzheimer’s Research UK this week in an orange-themed day in support of the charity’s ‘Share the Orange’ campaign.

The day, held at Fred. Olsen House and Dencora House, encouraged staff to wear orange as part of a dress down day, as well as bake orange-themed treats for their colleagues to purchase. The day completed with an orange eating competition, which saw a team of willing volunteers challenging themselves to see who could peel and eat an entire orange the quickest. 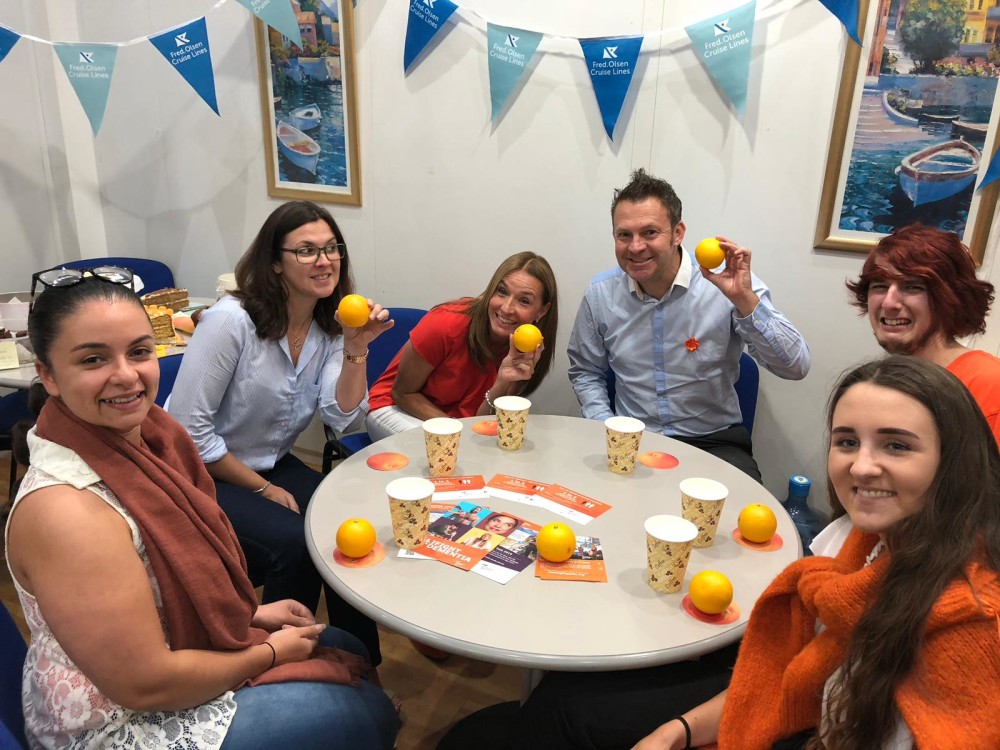 “The orange-themed day was the perfect way to help raise funds and awareness of Alzheimer’s Research UK’s Share the Orange campaign.

“Great fun was had by all. Our staff always get stuck into our fundraising events for our chosen charities and that was evident in the number of people who had taken time to bring in some fantastic goodies for us to eat, from decadent chocolate orange brownies to orange and poppy seed cakes and even orange and cranberry sausage rolls.

“It’s great that we were able to raise so much money in a single day for such a worthy cause, with almost all of us knowing someone who has been affected by Alzheimer’s or other dementias.”

Alzheimer’s Research UK’s ‘Share the Orange’ campaign aims to change the perception that dementia is a natural part of aging and highlights that work is underway to help to find a cure. The destruction of Alzheimer’s can leave the brain weighing 140g less than a healthy one, roughly the same weight as an orange.

“It was such a pleasure to be invited along to Fred. Olsen’s orange-themed fundraising day in celebration of our Share the Orange campaign – particularly getting to taste test the delicious bakes!

"As well as raising vital funds for Alzheimer's Research UK, this brilliant event also helped to highlight that through investing in pioneering research, we will find a cure for dementia. A huge thank you for the ongoing support from everyone at Fred. Olsen.” 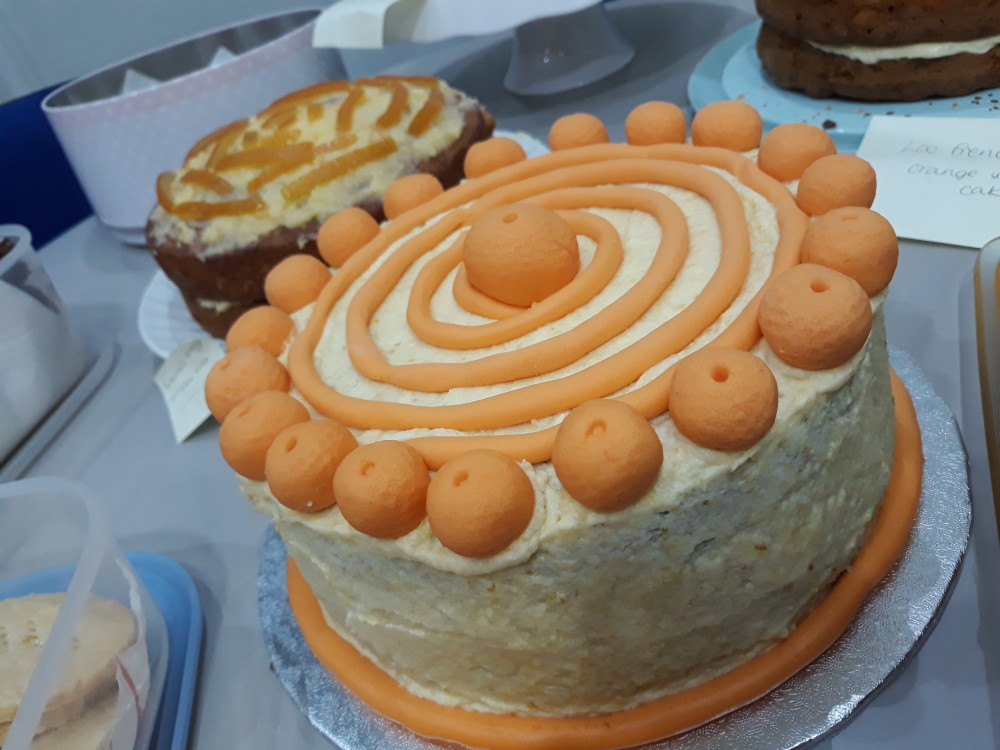 Alzheimer’s Research UK was one of three charities chosen by Fred. Olsen Cruise Lines staff to benefit from their fundraising efforts for the 2018/19 financial year, alongside Apostleship of the Sea and the Ipswich Winter Night Shelter.

For more information about the ‘Share the Orange’ campaign, visit https://www.alzheimersresearchuk.org/orange/