The pair, who are both retiring this year after almost 60 years between them at Suffolk-based Fred. Olsen Cruise Lines, received the award at a glittering ceremony at London’s De Vere Grand Connaught Rooms.

On receiving the award, Head of Sales Mike Evans, who will retire in April this year, said:

“I am truly honoured to receive the 'John Honeywell Award'. When you work in an industry for such a long time, and know the workings like the back of your hand, real surprises don’t come easily – but when my name was called, I was speechless.

“John was a great man, who was passionate about cruise and travel, and had a real affinity for Fred. Olsen, so to receive this award in his memory fills me with great pride. I can’t think of a better way to mark my final weeks with Fred. Olsen Cruise Lines.

“Thank you to all at Real Response Media for bestowing such an honour upon me.”

Managing Director Mike Rodwell, who will retire in August this year, addressed the crowd with an acceptance video, having been unable to attend due to recent knee surgery. He said:

“I am both honoured and humbled to accept the 'John Honeywell Award'. I have had a long and enjoyable career with Fred. Olsen, having joined when the company had only one ship – the Black Prince. 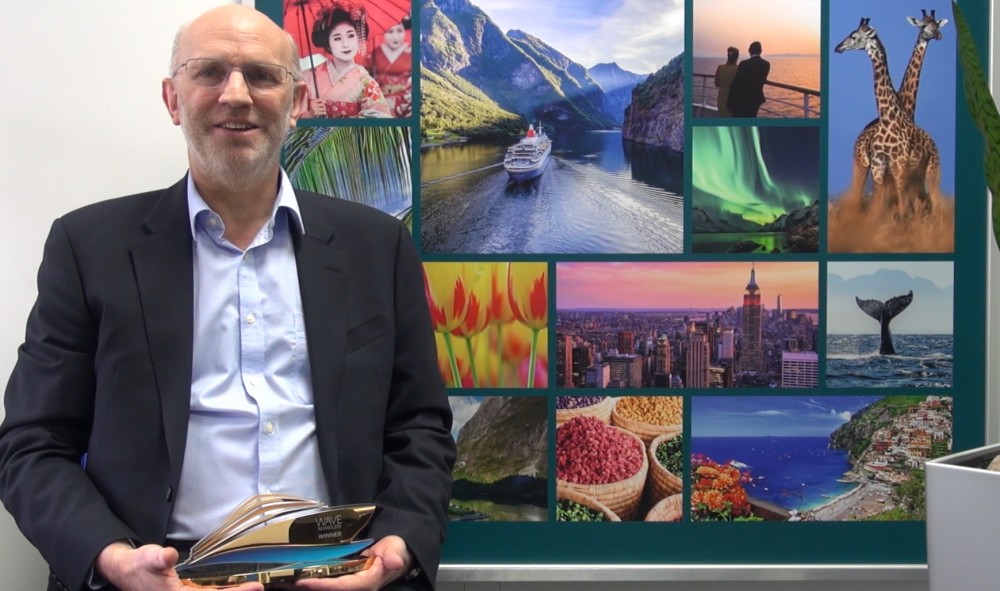 “Retirement was not a decision I took lightly, but my 60th birthday seemed like an appropriate milestone. I would like to thank all of those, many of whom will be in this room tonight, who have made my career with Fred. Olsen such an enjoyable one.

“Thank you very much to all at Real Response Media, on behalf of Mike Evans and I, for bestowing such a prestigious award upon us. What a fantastic honour for us both to start our retirements with.”

“Fred. Olsen Cruise Lines have been lucky to work with both of these talented travel professionals over the past 30 years. They are much admired and respected in our industry and thoroughly deserve this award.”

The John Honeywell Award was launched in 2018 in tribute to the late journalist, also known as ‘Captain Greybeard’, and is awarded to those who have made an outstanding contribution to the cruise industry.