A world record-holding swimmer made her holiday extra memorable by undertaking a sponsored challenge in aid of Elmer’s Big Parade Suffolk.

Mrs Jill Jones, from Lytham St Anne’s, Lancashire, was cheered on by guests as she set out to complete 200 lengths of the deck six pool, in just 30 minutes, as she enjoyed her 107-night Black Watch World Cruise. The feat saw her raise more than £633 for Elmer’s Big Parade Suffolk, a campaign to raise awareness of the vital work of St Elizabeth Hospice and the funds it requires, of which Fred. Olsen Cruise Lines, which has its head office in Ipswich, Suffolk, is a sponsor. 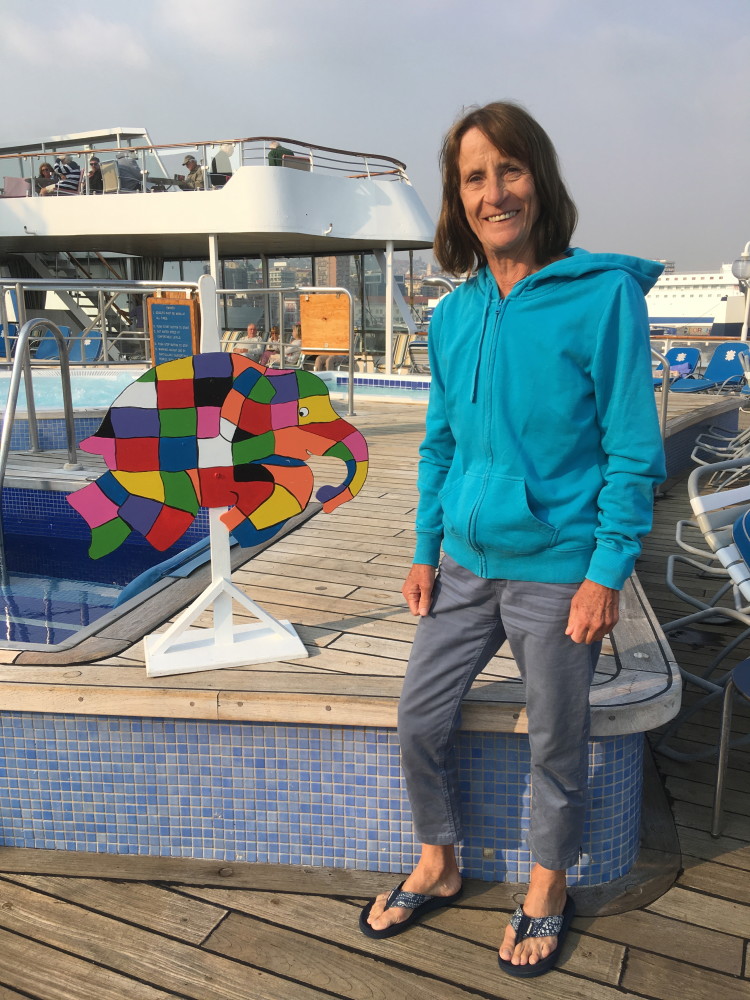 “It is such a good cause. I got the idea after seeing other fundraising activities on board and wanted to do something a bit different. Then a conversation with the Cruise Director led to the idea of doing it as part of a sail-away, when the ship leaves a port.

“I first became aware of Elmer’s Big Parade Suffolk while on board Black Watch, while doing a bit of shopping at the Christmas Fayre, and from the lovely Elmer cookies in the Bookmark Café.

“I was quite nervous before the challenge as normally I swim in a large group of people in wetsuits. And there was a little pressure having set the goal of 200 lengths in 30 minutes! But the support from guests cheering me on was amazing.

“This was our first ever cruise and we loved every minute. To pick highlights is very difficult, but the South Pacific Islands were a favourite and of course, the Sydney Fireworks on New Year’s Eve. We have enjoyed ourselves so much that we have already booked for the next Black Watch World Cruise in 2019 in the same cabin.

“I have managed to swim and use the gym almost every day, and this proves that you can maintain your fitness on a long cruise!” 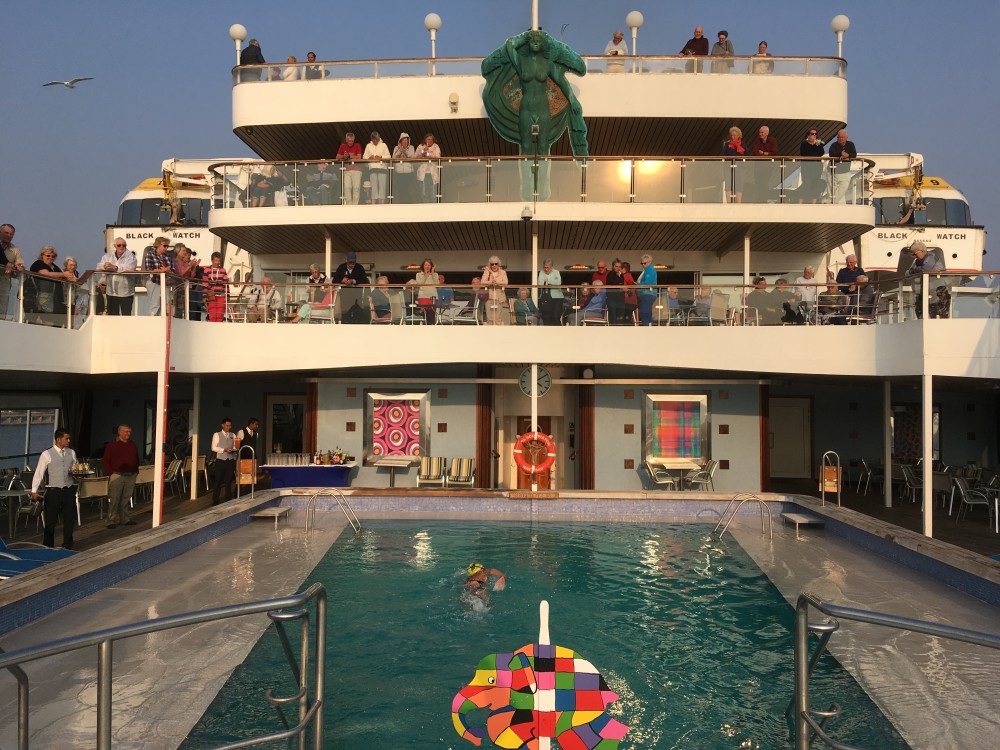 Jill, a 61-year-old grandmother, was born in Darlington and learnt to swim at the age of four. Although she was a County Swimmer in her youth, her real success has come later in life as a senior.

In 2007 Jill held eight British records and two European records for ladies over the age of 50. In addition, her swims of 200m freestyle and 200m butterfly were the fastest in the world for that year.

Jill’s main focus in recent years has moved from the pool to open water. She won the 5km ladies swim in Loch Lomond in 2017 but her greatest success was in July 2018 when she won the Great Welsh Swim in Llanberis, beating more than 130 other entrances, both male and female, of all ages.

Jill trains four to five times each week and now swims for Blackpool Aquatics. In recognition of her world class performances, Jill was awarded ‘elite athlete’ status in Trafford, where she lived when she set her records. She has free entry to all Local Authority Leisure Centres for life in the Borough. 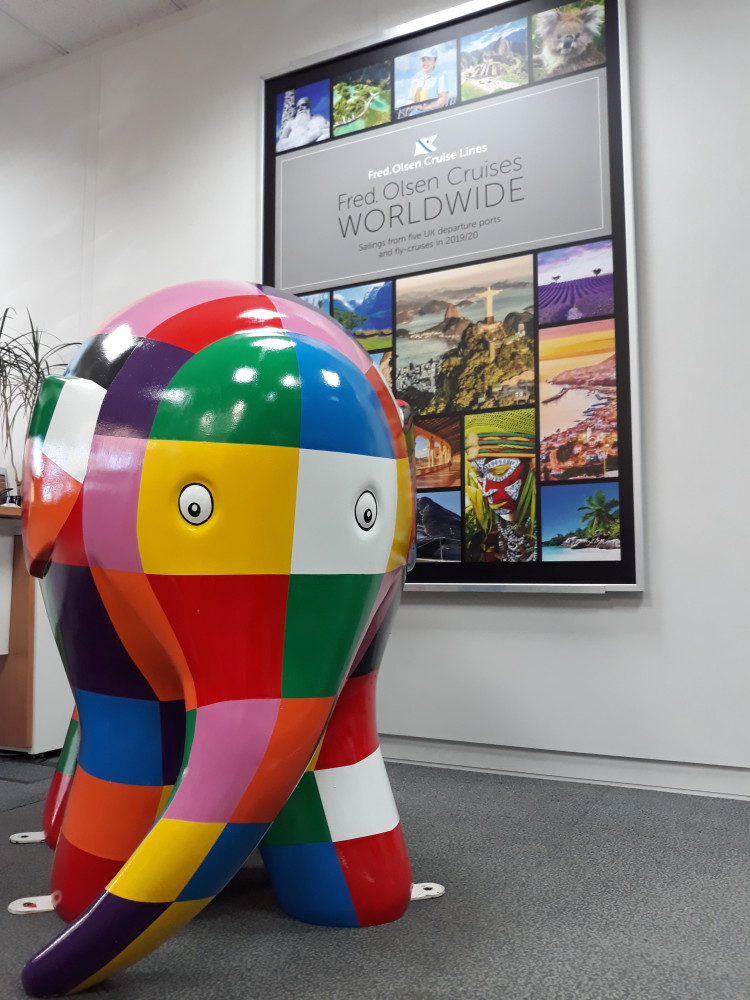 For further information on Fred. Olsen Cruise Lines, visit the website at www.fredolsencruises.com/